The two newly open areas began to reveal themselves today. To the east, we see W2154, but also another wall parallel to W540.  We think it might be a floating wall (W541) seen early in the excavation (2004).

To the west, the building seems to be divided into two rooms by a central wall. To the south of that wall is a bench, we think.

We end with a photo of an oil lamp recovered from the bench. 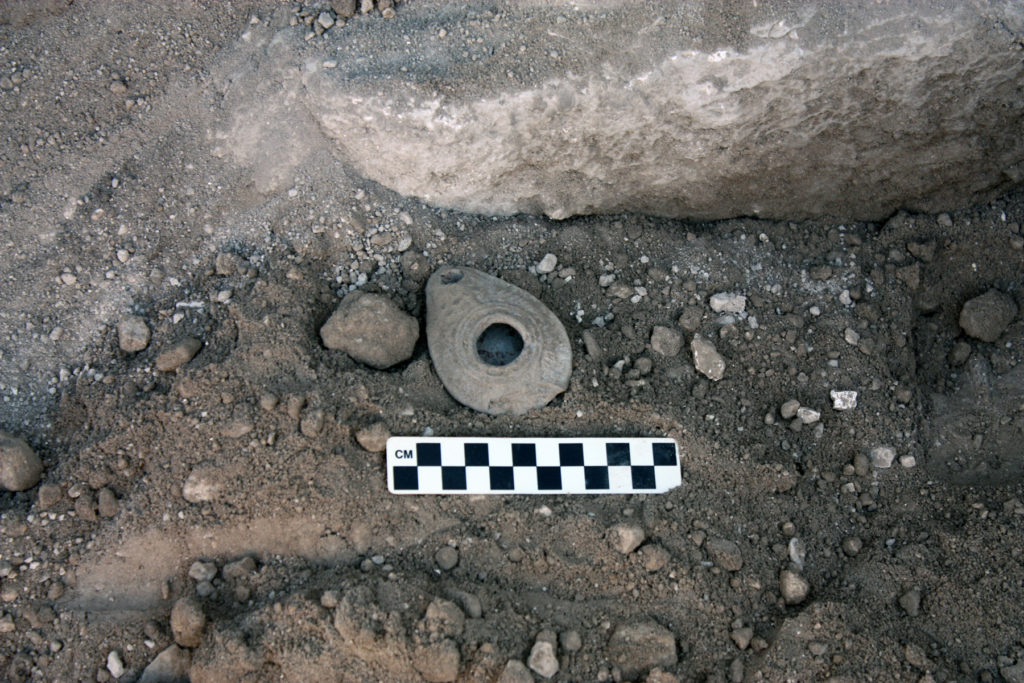