The End of Christianity at Hippos: The Sixth to the Eighth Centuries 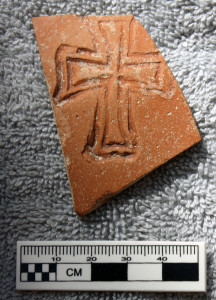 On Saturday, 14 April, Dr. Mark Schuler will deliver a lecture on “The End of Christianity at Hippos: the Sixth to the Eighth Centuries” at Macalestar College in St. Paul as part of a conference on Byzantium and Early Islam: Exploring the Late Antique Transition. Other speakers at the conference include Andy Overman, Gideon Avni, Walid Atrash, Stephen Shoemaker, Alan Walmsley, Gaby Mazor, and Vanessa Rousseau.

Project at the Albright

‹ New Archeological Exhibition Tells the Story of Hippos During the Transition From Paganism to Christianity in the Land of Israel› Upcoming Lecture: Christian Identity from the ground up: a case study of Hippos Palaistinēs